Access to China and USA with a Grenada Passport 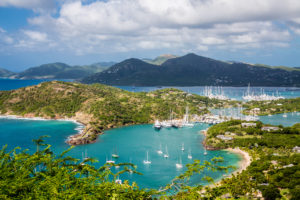 Visa free travel to over 117 countries worldwide including the EU Schengen zone, UK, Hong Kong and Singapore are just a handful of the advantages that come with holding a Grenada Passport.  Most uniquely, a Grenada Passport also offers visa free travel to China making it the only Citizenship by Investment scheme currently on the market with this privilege. This added advantage is a huge draw for business people with ties to China and is proving to be a very popular option amongst investors.

In addition to visa free travel to China, another key advantage with Grenada is the E2 treaty its holds with the USA. The E2 treaty offers Grenadian citizens and their family the opportunity to reside, work and study in the USA in return for an additional US business investment. The E2 visa lasts initially for 5 years and can then easily be renewed every subsequent 5 years, providing the visa holder complies with the rules. To obtain this visa, applicant’s must make a “significant investment” into a US business. Significant, meaning at least a 50% interest and the business investment can be a simple $150,000 franchise, for example.

The E2 visa from the USA is not open to every country. For example India and China are two countries that are excluded. However by investing first in Grenada and gaining Grenadian citizenship and a second passport, investors can then apply for an E2 visa.

Unlike the EB5 (Green Card) programme, E2 visa holders do not have to reside for long periods of time in the US, so do not automatically become US tax payers, and in certain circumstances do not need to become such.

Both the E2 visa treaty and the visa free access to China really set’s Grenada apart from all other Citizenship programmes, not to mention the stunning white sandy beaches and crystal clear water of the Caribbean itself.

If you would like to find out more, please do not hesitate to contact our visa experts today.

USA EB5 Programme to be Reviewed 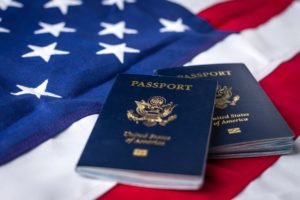 The US EB-5 investor visa has been one of the most popular Golden Visa programmes worldwide and is due to expire on April 28, 2017. Back in December 2016 US Congress voted to temporarily extend the programmes but since that time Donald Trump has been inaugurated as US President and it is not clear what his views are on the EB5 programme. Several proposals were made in January 2016 by the Department of Homeland Security including raising the limits to $1.3 million and $1.8 million and reclassifying areas designated as high unemployment on the basis that most areas seem to have crept into this classification.

Investor can obtain a US Green card by investing a minimum of $500,000 into various  different projects and regional centres which will create 10 jobs or more in the U.S.

Recently two Representatives Chuck Grassley and Dianne Feinstein introduced proposals to end the EB-5 altogether. The general feeling is that this will have little chance of success. It would be difficult for Donald Trump to criticise the program as several Trump branded projects appear to have benefitted from EB-5 investment over the years. However Trump’s recent travel ban which was introduced on six predominantly Muslim countries and with his proposed hard-line stance on China, the outcome of any review remains uncertain.

If the programme ends or sees significant price increases,  investors and applicants are likely to start turning their attentions to other golden visa programmes. The US programme is the largest in the world and has exceeded the numbers generated by all the European programmes put together. The US EB-5 programme for now remains open and the likelihood is it will be extended in some shape or form after the April 28th deadline. If you have been considering this programme for a while we would advice to proceed ahead of any changes and to also consider any potential knock-on effect to alternative programmes in Europe and the Caribbean if this scheme was to be changed or cancelled.

There has been a substantial increase in the number of citizenship by investment programmes in recent years and 2016 looks set to see further change.

Global citizenship and residency programs leading to second passports have been in existence since the 1980’s led by those of St. Kitts and Canada. In recent years the numbers of programmes have increased exponentially along with rising demand from High Net Worth Investors (HNWI’s) for the benefits they offer. Over half the worldwide programmes available today and all the European residency visa offerings, have come into existence in the last five years. Most programmes see amendments to their rules annually. The landscape continues to change.

The year ahead is expected to bring further developments. The migration crisis in Europe and global security fears are two factors driving change. Certain countries within the European Union are under pressure to amend rules, Canada recently scrapped its programme, the Caribbean countries are being watched carefully following mistakes in their issuance of passports and the USA looks set to modify the popular Eb5 programme.

Against this backdrop of change and evolving opportunities it is important to gain the right advice that is both balanced and independent. La Vida deals with over 15 different programmes worldwide. Clients who decide to engage our services gain a balanced and informative opinion on the right programme for their needs. And through our carefully selected lawyers, real estate partners, banks and developers we ensure they gain a comprehensive A to Z service.

It looks to be an exciting year ahead and anyone considering investing for residency has a number of attractive options open to them. Please do contact our consultants for any advice against this changing background.